When a 50 kg artillery was found in a garden outside Trelleborg in the south of Sweden, the Dynasafe developed and delivered explosion containment vessel DynaSEALR X16-CMR was successfully used to remove it.

The heavy artillery, which was considered live, was removed by the police in cooperation with the military unit SWEDEC (Swedish EOD and Demining Centre). An area of 900 m radius was evacuated, including a campsite with about 50-60 persons and 97 households.

Captain Lars Karlsson, mine-action coordinator at SWEDEC, operated the DynaSEALR X16-CMR during the mission. He reports everything worked according to plan and the artillery was safely transported to the firing range Kabusa for destruction. Their Dynasafe containment vessels are regularly used, both internally by SWEDEC and also to support the police, in different parts of Sweden. This was however the biggest sharp mission so far.

Photo on top by Sprisse Nilsson.

Dynasafe announces the launch of the Q5 explosive containment chamber

Dynasafe announces the launch of the Q5 explosive containment chamber 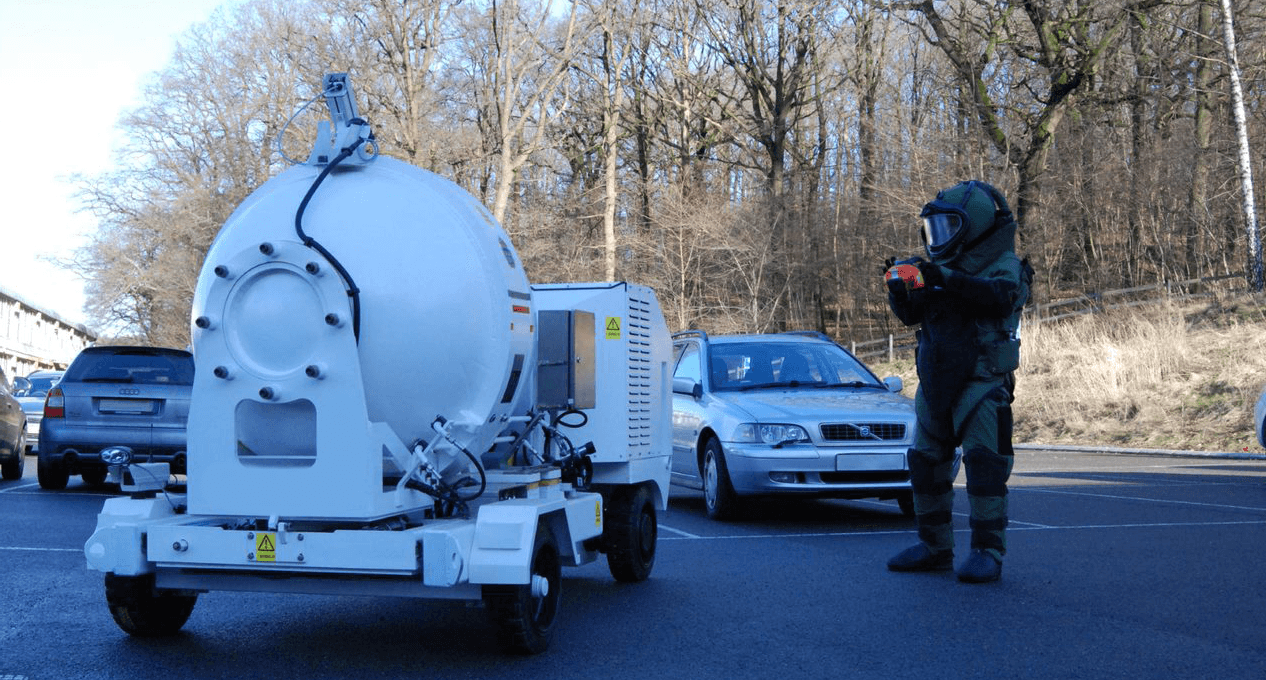